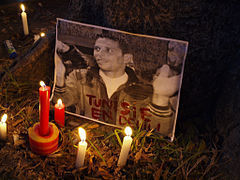 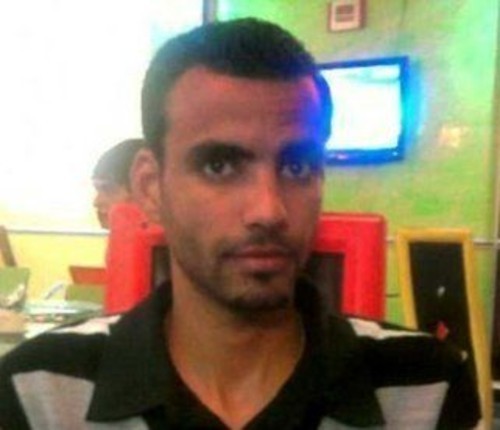 All things are possible in this century, all things happen fast now...

"He is now famous throughout Tunisia and the Arab world — a legend, in fact. But Mohammed Bouazizi never set out to be a byword. His aunt Radia Bouazizi says his dream was to save enough money to be able to rent or buy a pickup truck. "Not to cruise around in," she says, "but for his work." Her nephew was a vegetable seller. "He would come home tired after pushing the cart around all day. All he wanted was a pickup." Instead, he started a revolution.

Bouazizi was like the hundreds of desperate, downtrodden young men in hardscrabble Sidi Bouzid. Many of them have university degrees but spend their days loitering in the cafés lining the dusty streets of this impoverished town, 190 miles (300 km) south of the capital Tunis. Bouazizi, 26, didn't have a college degree, having only reached what his mother says was the baccalaureate level, which is roughly equivalent to high school. He was, however, luckier than most in that he at least earned an income from selling vegetables, work that he'd had for seven years. (See pictures of the ransacked mansions of Tunisia.)

But on Dec. 17 his livelihood was threatened when a policewoman confiscated his unlicensed vegetable cart and its goods. It wasn't the first time it had happened, but it would be the last. Not satisfied with accepting the 10-dinar fine that Bouazizi tried to pay ($7, the equivalent of a good day's earnings), the policewoman allegedly slapped the scrawny young man, spat in his face and insulted his dead father.

Humiliated and dejected, Bouazizi, the breadwinner for his family of eight, went to the provincial headquarters, hoping to complain to local municipality officials, but they refused to see him. At 11:30 a.m., less than an hour after the confrontation with the policewoman and without telling his family, Bouazizi returned to the elegant double-storey white building with arched azure shutters, poured fuel over himself and set himself on fire. He did not die right away but lingered in the hospital till Jan. 4. There was so much outrage over his ordeal that even President Zine el Abidine Ben Ali, the dictator, visited Bouazizi on Dec. 28 to try to blunt the anger. But the outcry could not be suppressed and, on Jan. 14, just 10 days after Bouazizi died, Ben Ali's 23-year rule of Tunisia was over."
Read more: http://www.time.com/time/world/article/0,8599,2043557,00.html#ixzz1HpnOGa8j

I consider the information revolution in progress, its impact upon being human, and the post-modern digital-swish. How does the info revolution change organizations, tools, and our global perceptions? Open-ended adaptable systems outlast closed rigid systems in the long run ... that's where my mind normally ends up. Language not only describes reality - Language creates the reality it describes. We should all tell better stories. Family guy, Socratic Tinkerer. Opinions expressed are mine alone.
Browse the Archive »